Ensuring that we have a policing model that meets the needs of the community it serves, is crucial. This is why, following recommendations from Chief Constable Kier Pritchard, and with my full support, Wiltshire Police are making some improvements to the Community Policing Team (CPT) model. 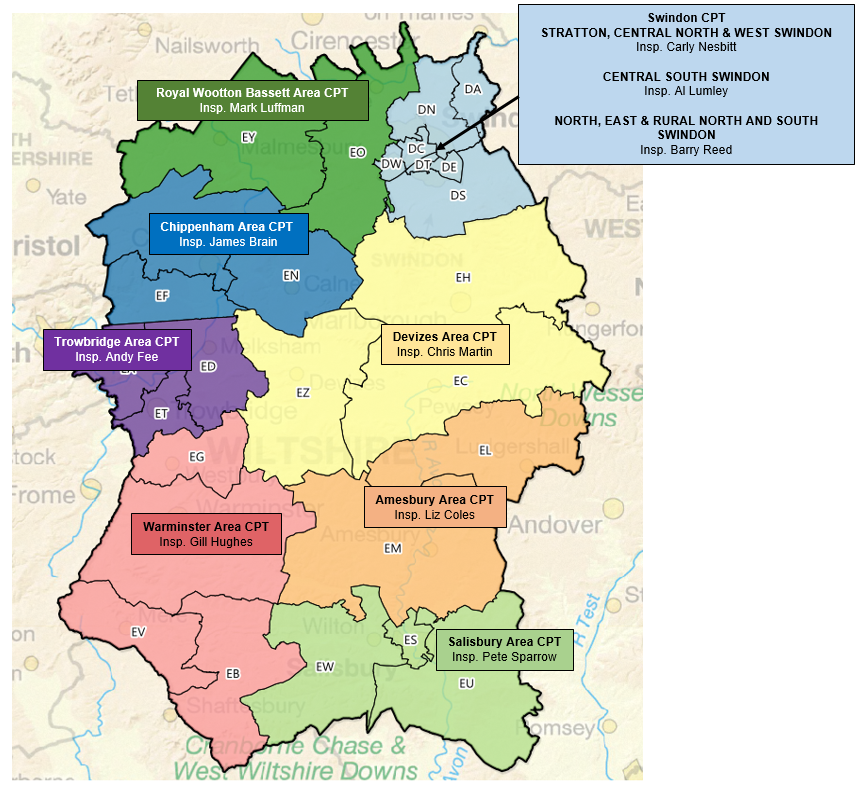 It is important to continually evaluate the model to ensure that it is effective and meets the demands of policing in the 21st Century. This is particularly important as we prepare the landscape for the additional wave of new officers coming into the Force, which includes the 41 officers currently in training, funded as a direct result of residents supporting me in raising the precept. These officers will join CPT in 2020 as student officers and complete their training in 2021.

As a result of the review undertaken by the Force, and listening to staff and officers the Chief Constable has advised me that a number of changes will be applied to CPT through a phased approach from Sunday 1 December 2019.

In the New Year, you will see the CPT model move from seven to eight teams with the amalgamation of Swindon into one policing team, the division of the current Wiltshire North CPT into two teams and the Wiltshire West CPT division into two teams.

As it stands, this will be the most significant change for the public, along with a change in the CPT names to reflect the towns from which the officers parade.

Improvements to the model include an uplift in the number of officers at PC, sergeant and inspector ranks working within CPT. Inspectors and sergeants from the new CPTs will make contact with partners from across their community to introduce themselves as soon as they are able to do so.

Changes to Community Policing are at this time predominantly internal changes, but over the next few weeks and months, external systems and channels will be updated to reflect the changes as they are fully implemented. I will continue to keep you updated on any changes in the monthly reports provided to the Area Boards, town and parish councils and shared on the Wiltshire Police website.

The Chief Constable has assured me, that during this period of change, the Force will maintain the highest standards of policing across our county, and long-term I hope you, along with the public, will see a greater provision of day-to-day policing throughout our communities.

Police and Crime Commissioner for Wiltshire and Swindon