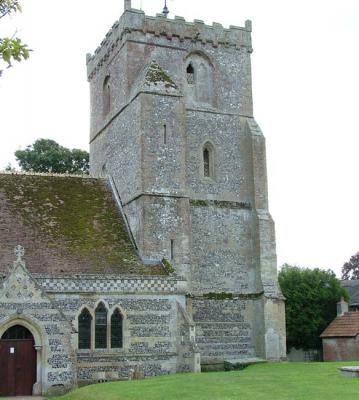 This story was told to me by my Grandfather, when I was a boy sitting around the fire.

Villagers around here are known as Rushall Rooks, Enford Owls and Upavon Jacks.

The qualification for a "Jack" being; you had to be born within the sight of the Church Tower, of Jackdaw parents, then you were as true a "Grey Pole" Tower Jack, as the Jackdaws that built their nests in square holes in the face of the tower.

If you came to the village to settle, after so many years you qualified as a Tree Jack. Also children of Upavon Parents who, unfortunately, were born out of the village, are still only Tree Jacks.